The TS12 will be hosted at two leader research institutions of Porto: INESC TEC and i3S

INESC TEC - Institute for Systems and Computer Engineering, Technology and Science is a research institution, dedicated to scientific research and technological development, technology transfer, advanced consulting and training, and pre-incubation of new technology-based companies. The 13 R&D Centres of INESC TEC are structured in four thematic domains - Computer Science, Industry and Innovation, Networked Intelligent Systems, and Power and Energy, which hosts over 700 integrated researchers.

i3S – Instituto de Investigação e Inovação em Saúde is a trans-disciplinary Health Sciences research institution whose mission lies on the promotion of science and technology development, while creating an environment that feeds real breakthrough research and translation of discoveries into the clinic research. i3S focuses on three Integrative Programs: Cancer, Host Response and Interaction, and Neurobiology and Neurologic Disease, encompassing 68 research groups and over 1000 researchers.

The institutes are each other at 15 min walking distance 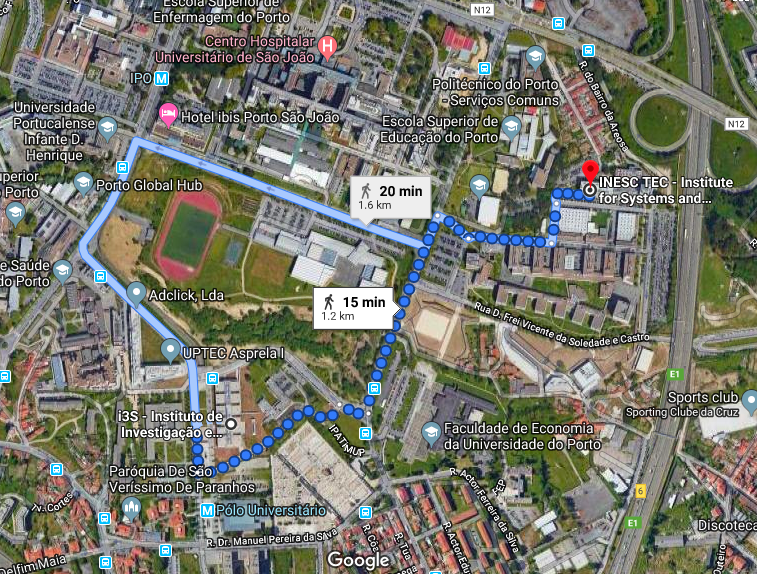 Porto is Portugal’s second largest city and the capital of the Northern region.
Located along the Douro river estuary in northern Portugal, Porto is one of the oldest European centres. Its settlement dates back many centuries when it was an outpost of the Roman Empire. Its Latin name, Portus Cale, has been referred to as the origin for the name “Portugal”.

Porto’s Historical Centre was registered as a World Heritage Site by UNESCO in 1996. The city is traditional and historical, but also contemporary, which can be seen in its streets, its monuments and its museums.

Icons such as “Serralves” or “Casa da Música” and a regular agenda of music, art and sports events stand witness to urban space, in constant movement.

One of Portugal’s internationally famous exports is the port wine, produced exclusively in the Douro region and aged in cellars.

How to get to Portugal/Porto

From the airport to the city center:

The closest airport to Porto city is Francisco Sá Carneiro Airport. The airport is well connected to the city center offering the following options:

From Porto city center to i3S and INESC TEC:

The easiest way to reach the venues is by metro: 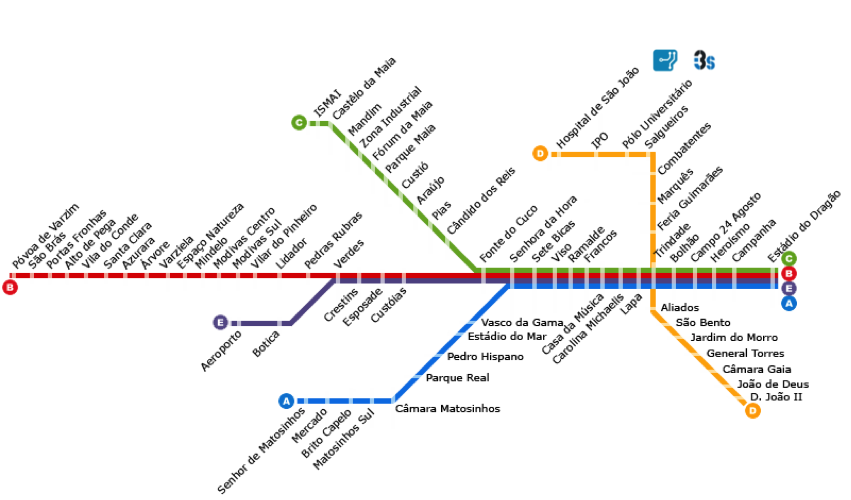 The venues can be also reached by Bus. More information: https://www.stcp.pt/en/travel/

Hotels at walking distance to venues:

Along the Metro Line D - yellow you can find several other hotels and airbnb options.

The local organizers welcome you to Porto!

NEUBIAS will offer competitive Travel Grants to a number of the Trainees applicants affiliated to institutions in COST member countries or Near-Neighbour Countries or approved European RTD Organisations (check definitions in COST Vademecum here). Please check in the application form how to apply for those grants by filling the additional fields enabling to submit a justification. We typically provide less than 1/3 of the grant applications received, so any documented information provided to demonstrate why you need a travel grant is important for us to fully assess your request. The grants are supported by COST (funding body of the NEUBIAS Action). Eligibility and reimbursement modalities will follow the criteria/general COST policies (check the Vademecum here). Granted trainees will be notified before June 30th. Please be aware that grants can only be executed AFTER the Training School (daily signature on attendance sheets compulsory for grantees). The grants are attributed at a fixed rate (check registration form for more info) to cover for travel and accommodation.

Selection Criteria (for all, including granted Trainees):

Trainees will be selected on the basis of their scientific motivations, as described in their motivation letter. Upon selection, NEUBIAS will seek proof of the candidates status as "early career investigator" or "staff" and of being actively working on the project(s) as described in the motivation letter. Gender balance and geographical distribution will be taken into consideration according to COST policies, and only after pre-selection of eligible/suitable candidates and in the case that applicants are too numerous as compared to the number of available seats. Evaluations of the applications is operated by "double anonymous" (no mention to name, institution, country) review by the Training Schools Evaluation Committee of NEUBIAS.