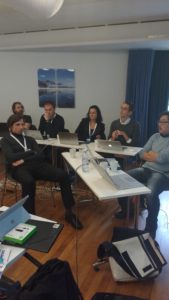 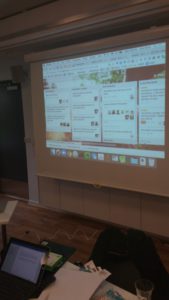 The 3rd Taggathon (Taggathon#3) have been hosted and organized by the Centre for Cellular Imaging, Sahlgrenska Academy, at the University of Gothenburg, Sweden, from  September 11 th (3pm) to 14 th of September (3pm).

The general purpose of taggathons is to implement and feed the content of NEUBIAS webtool. This webtool aims to provide an organized repository of bio image analysis software and workflows to biologists, bioimage analysts and algorithm developers. During the first taggathon (Barcelona), a list of feature specifications has been ranked by importance, and potential web technologies reviewed and evaluated against these specifications.  During the second taggathon, (Oeiras), new data models, both for the organization of the webtool content and the tags ontology, have been discussed in collaboration with NEUBIAS WG5, Eurobioimaging and Elixir, and have been implemented in the webtool. Content of the first prototype is now beein reimported in the new webtool and will need some curation in this next taggathon.

During Taggathon#3, the following task were performed:

Taggathon#3 was hold in parallel of Training Schools TS4 and TS5 and at the same location.